How solo buyers are defying the odds in Trafford.

“I had always seen owning my own home as unachievable and something that was out of reach as a single mum.” - Alexandra Collins (32) -

If you’re buying a house on your own, you may be able to relate to Alexandra. If so, you’ll no doubt want to know how she - and other solo buyers - are defying statistics to secure themselves a brand new home at Millbank Lock in Partington.

Solo first time buyers can expect to wait a decade to save a 15% deposit, according to Which?* and whilst single mum-of-two, Alexandra, had been struggling to save a deposit for five years, she was still determined to make her dream a reality.

When Alexandra heard that the Help to Buy scheme was ending in October 2022, it prompted her to look into her options and after seeking financial advice, she discovered owning her own property was actually within her reach.

Alexandra explains: “Once I’d started looking closely at my finances as well as the support available for first time buyers, I realised I could afford to buy if I made cutbacks and used the Help to Buy scheme before it ends later this year.”

Thanks to the Help to Buy scheme and cutting out impulse purchases and meals out, after six months of house hunting Alexandra was able to put down a deposit on her dream home - a two bedroom, semi-detached property at our Partington development.

Millbank Lock is located on the banks of the Manchester ship canal in Partington and has proved popular with buyers looking for a balance between green open space and accessibility to the city centre. 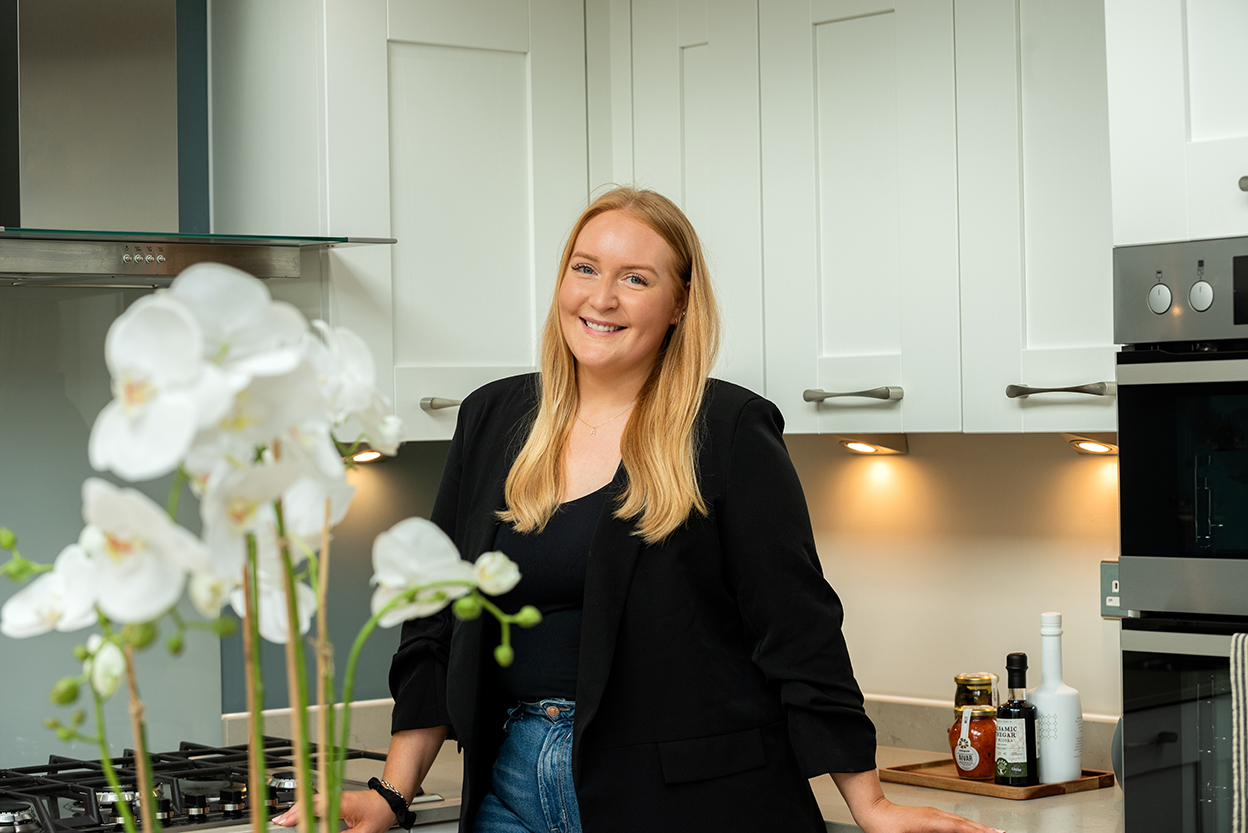 Also taking that longed-for step onto the property ladder is Lily Crawford (27), who lives locally in Sale with her partner Kaz and their one year old son, Abel.

Lily had been watching the development take shape since work began earlier this year and she was keen to snap a home up for herself.

Lily commented: “I’ve been saving on and off over the last couple of years, but I had my baby during the pandemic so house hunting was put on hold. However, due to all the Covid restrictions, I was able to save more, so I started setting money aside for a deposit. We moved in with my parents, stopped eating out and have been buying second hand furniture.

“I also used the Help to Buy scheme, which I knew a bit about from friends and family. It’s helped me be able to afford what I thought was out of reach, not to mention get onto the property ladder sooner than I ever thought possible.

“Milbank Lock stood out to me as we’ll live really close to the canal, and more green space is set to be added as part of the development which is really important to us. I’d been watching the development being built and got an appointment as soon as I could.